This is the first update to showcase the capabilities of the entire MinecraftPlus project.

Cannonballs and cannonballs have been added to the game in this update. With the addition of guns, the nature of TNT has changed, and its time to detonation is reduced when it comes into contact with the blast.

Due to the fact that in multiplayer games the rivalry between groups is the driving force of good gameplay, I think that this solution to the problem will appeal to many players. 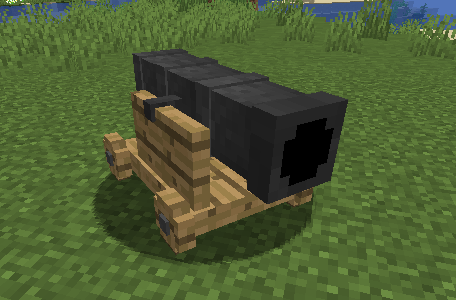 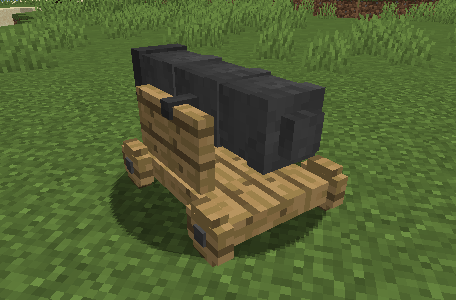 The recipe for crafting a cannon is a shape recipe.

Recipes with all plank variants are available.

The update adds two variants of artillery shells to the game - high-explosive and incendiary shells.

Demolition projectiles have a high penetration power and cause an explosion that deals a large amount of damage to the blocks they hit. Incendiary projectiles have the ability to ignite the environment they strike. They do not have the piercing ability that would allow them to destroy strong fortifications, especially non-flammable ones.

A recipe for crafting cannonballs is also a shape recipe.

The incendiary cannonball recipe is a delicate variation on the demolition ball recipe - not shown, for the curious to discover.

The cannon gun added in the update has the nature of a vehicle like a boat or a cart. The player can take control of the cannon by clicking 'RMB' on the cannon.

Moving the cannon is analogous to that of a character - 'left / right' rotates the cannon and 'forward / back' allows you to push the cannon forward or pull it back.

To change the angle of the barrel, use the 'forward / backward' movement with the 'jump' key pressed. The 'front' direction raises the barrel up, the 'back' direction brings it down.

The basic way to load a gun is to "throw" the desired amount of gunpowder and the cannonball into the barrel of the gun. As an indicator of readiness to fire there is a fuse fuse on the rear of the barrel. Ready to fire does not require loading a cannonball!

To load gunpowder or a bullet into a gun, stand in front of it, aim at the barrel opening and, holding the item to be loaded in your hand, click 'RMB'. To shoot, stand behind the cannon, aim at the fuse and, holding a torch, click RMB.

To open the graphical menu of the gun, click on the RMB on the gun while holding down thesneak key (by default: left Shift).

In the second version of the update, mortars have been added, which are an alternative to cannons that have mainly horizontal flight path - the mortar allows you to fire at an enemy hidden behind fortifications from the air. 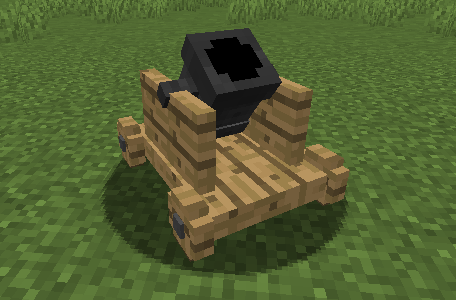 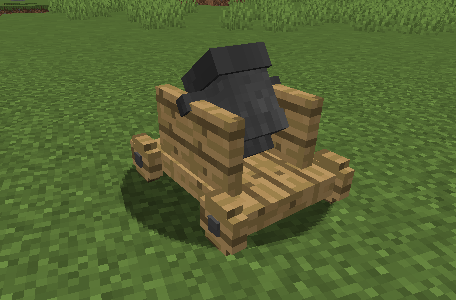 A recipe for crafting a mortar is a shape recipe. The only difference from the gun is that it requires one block of iron less.

Recipes with all variations of boards are available.

Difference between a gun and a mortar

Mortars with Due to the shorter barrel, they have a lower throwing ability than the guns. Their design also limits the shooting angle. The mortar can also be loaded by standing behind it (on the side of the fuse), as long as the barrel is deflected properly. Apart from these differences, the operation of the mortar is analogous to that of a gun.

Advantages of the modification

Dependencies with other modifications